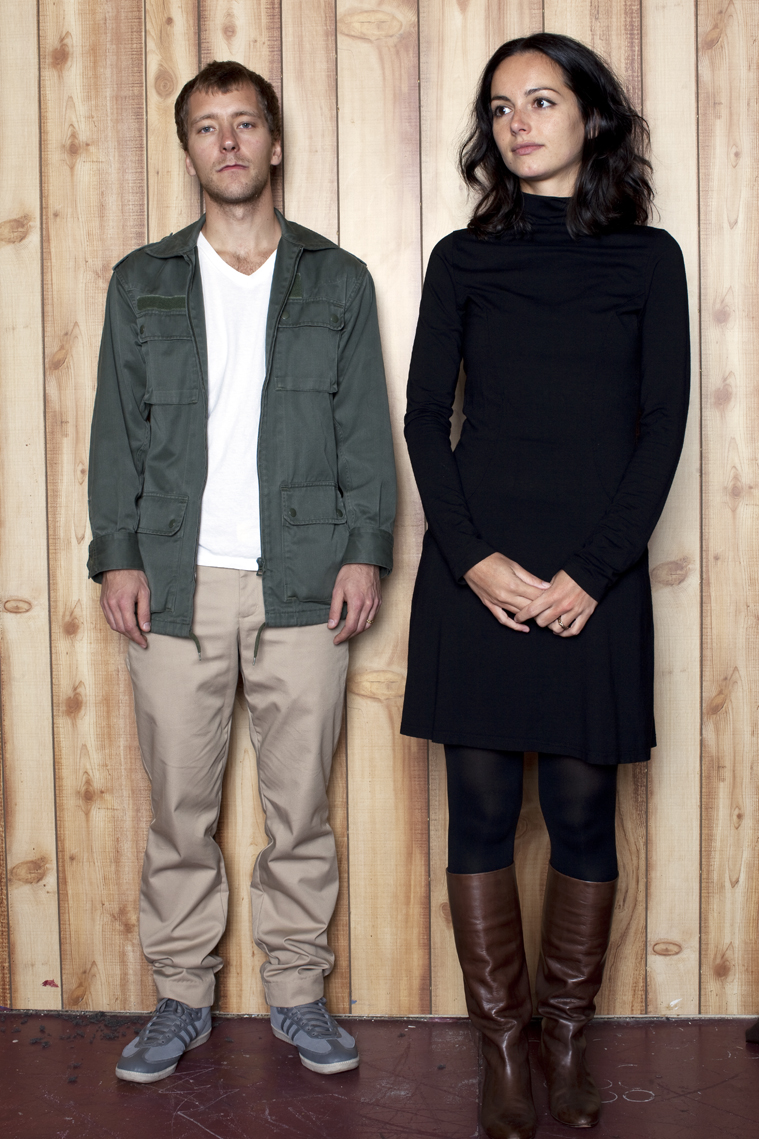 What goes into the creation of an identity?

On August 17, Indisch 3.0 publishes an essay by Eline Jongsma and Kel O’Neil, about the unintended consequences of Dutch colonialism in Indonesia. The two of them became a couple before they started reporting together, for VPRO’s Metropolis TV. Eight years later, documentary makers Eline Jongsma (3rd generation Indo Dutch) and Kel O’Neil are travelling the world for their own Empire project.

The Empire Project consists of documentaries in which Kel O’Neil and Eline Jongsma record the “unintended consequences of Dutch colonialism.” This ongoing project has thus far resulted in seven – almost finished – documentaries, about Sri Lanka, India, Indonesia, South-Africa, Brasil, Ghana and Surinam. I interview Kel and Eline through Skype – they are in New York.

What trigged this project?

‘We had been working for Metropolis TV for three years when we noticed our lives had fallen too much into a set pattern. So we decided to change our lives,’ says Kel O’Neil. ‘We started a search for international artist residencies and found one in Sri Lanka through theertha.org. In Sri Lanka, we had discovered the Dutch Burgher Union. That gave the initial spark for the Empire Project.’ The Dutch Burgher Union is an organization for descendents of the Dutch VOC-colonists, who occupied Sri Lanka –  known as Ceylon –  between 1640 and 1790.

‘Finding the Dutch Burgher Union showed me and Eline that history isn’t just in the past,’ Kel O’Neil continues. ‘When we came to Sri Lanka, we found these unmarried Dutch Burgher Union Christians with Dutch last names. They lived in a hybrid European culture. We set a red dot there, marking this as our first project. We weren’t thinking about the future. Now we know we can just keep going.’

How has Eline’s Indische background influenced this project? She smiles. ‘A lot. I was fascinated by identity. How is formed through past generations? My generation is interested, but removed from Indonesia. I felt like I wasn’t allowed to feel out of place, yet I felt displaced. How important is it, to be from one place? I now have my own answer – it doesn’t matter. Kel adds: ‘And what goes into the creation of an identity? We all have roots, but identity is formed in our intellect. It is not easy to draw a line, but something in our minds wants to do so.’

Naively, I suggest that there surely is an end to places in the world where the Dutch have left their mark. Kel laughs. ‘Ha, you’d think that, wouldn’t you? Everyday we can add new places to our list. The Dutch don’t see themselves as a diaspora people, but you guys are scattered around the world. The traces of the Dutch aren’t necessarily colonial. There was slave trade; loading up slaves, loading them off, it happened throughout the world. There were trading posts and supply posts. A city like Kaapstad, for instance,  simply started as a vegetable garden for crews on VOC-ships. ’

I quickly learn that Eline and Kel plan to continue their project for as long as they have stories to tell. But how on earth are they financing all this? ‘The Sri Lanka documentary was funded by the artist residency,’ Eline explains. ‘And we are a two-person-crew — we produce ourselves and do the post-production. Then there are different kind of budgets. Generosity; getting a ride when we need it, for example. Further more, this year, we got funding of the Dutch ministry for Education, Culture and Science. Three films were funded by the Mondriaan Fonds and of course there is our own money:  we gave up our New York apartment. And we are able to combine our documentary making with freelance work for hire.’

How does this permanent travelling without a home address effect a person? Eline: ‘I don’t feel like the same person I was two years ago, creatively or personally. We’ve learnt to trust and rely on each other deeply. We don’t feel connected to places anymore. We make friends with different kinds of people: diplomats, artists. Luckily, our close friends and relatives are very forgiving – we always miss their birthdays.’